Glioblastoma is the most common and lethal type of malignant brain tumor due to its aggressive nature and ability to rapidly invade surrounding functional brain tissue. One of the most important prognostic factors for patient survival and quality of life is maximizing the extent of safe surgical resection, which depends on the neurosurgeon’s ability to distinguish between normal brain tissue and cancerous tissue and the experience to make a safe plan that avoids neurological injury.

To achieve maximal glioblastoma tumor resection while preventing injury to eloquent areas of the brain, neurosurgeons at Emory Brain Health Center often utilize awake craniotomy with fluorescent guidance. The following case study demonstrates the effectiveness of this surgical approach, as well as the benefits of having a collaborative team of physicians who specialize in all aspects of neuro-oncology.

A 54-year-old male patient presented at an emergency department in northern Georgia with symptoms that included confusion and word-finding difficulties. Computed tomography showed a large cystic left temporal mass. The patient was transferred immediately to Emory University Hospital and admitted to the Neuro-ICU for further evaluation. 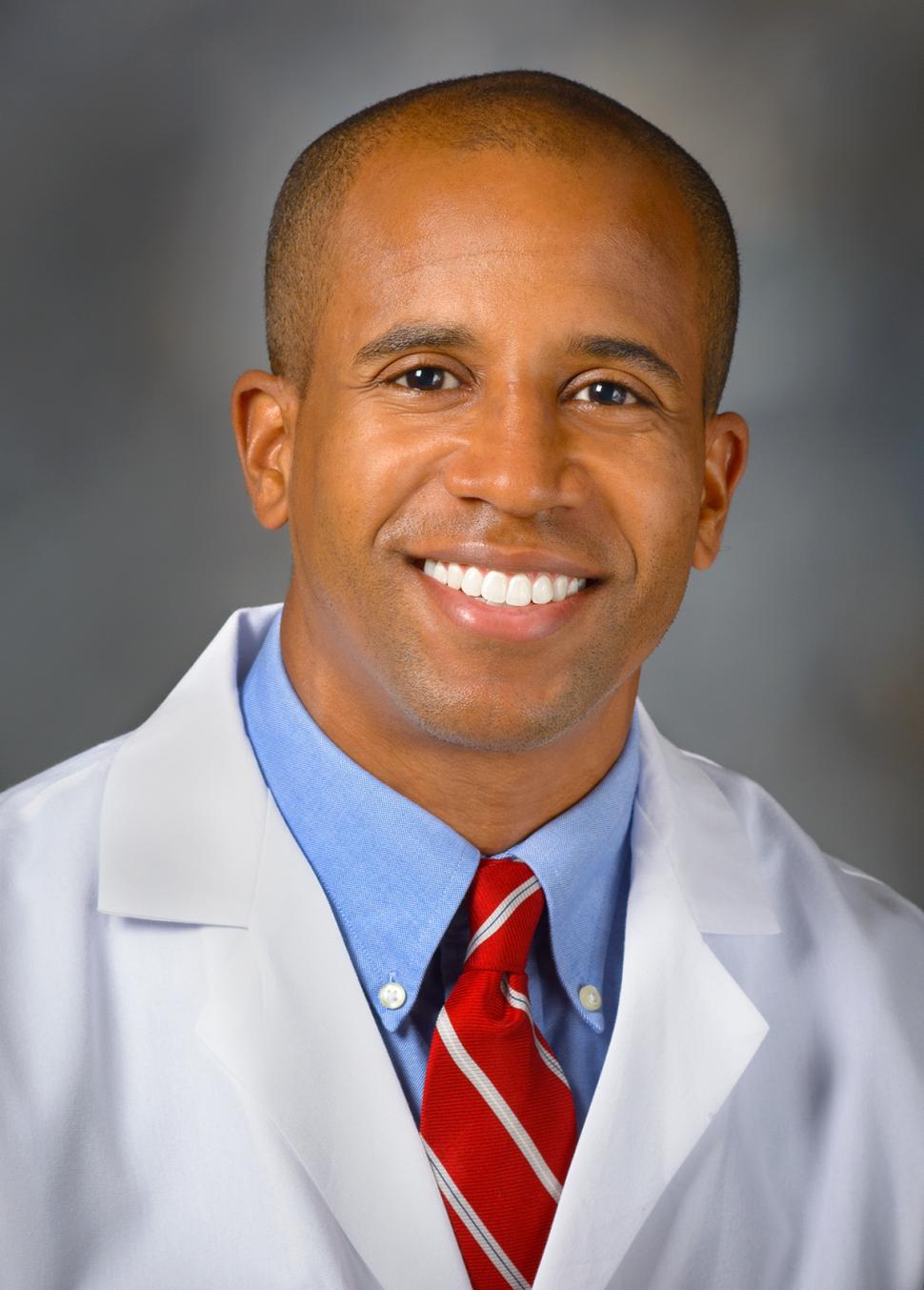 Dr. Nduom discussed the imaging results with the patient and recommended awake craniotomy with fluorescent guidance. The patient consented to the surgery, which would potentially:

A neurophysiologist evaluated the patient’s speech capabilities, which included saying the alphabet, counting, naming family members and talking about his occupation. This information would be crucial during the awake craniotomy brain mapping portion of the surgery. Surgery was scheduled for the next day.

Prior to surgery, the patient received an oral dose of 5-aminolevulinic acid (5-ALA). This naturally occurring compound accumulates in tumor tissue and is metabolized there to protoporphyrin IX. Under a blue light during surgery, the patient’s gross tumor is an intense shade of pink. Beyond the contrast-enhancing portion of the lesion, tumor cells are a lighter shade of pink.

5-ALA, known commercially as Gleolan, was developed in Europe. The Food & Drug Administration approved it in 2017 for use as an intraoperative optical imaging agent in patients with suspected high-grade gliomas.

Emory Healthcare was the first medical center in the United States to use Gleolan and has been one of the top sites in surgeries performed using the imaging agent.

The patient was deeply sedated for the early stage of surgery in which the left temporal lobe was exposed. The neuro-anesthesiologist reduced the amount of sedation so the patient could be alert and communicating for the next phase of surgery— awake craniotomy brain mapping.

Dr. Nduom periodically applied a mild electrical current to the surface of the brain to find a safe area to approach the gross tumor. As he did this, he conversed with the patient, asking him to perform tasks such as counting to 25 and describing his job to see if the current would halt his speech or cause errors. Dr. Nduom evaluated the patient’s speech response to the stimulation to make decisions about which tissue to resect and which tissue to leave intact. The gross tumor was then resected and a biopsy sent to pathology. Intermittently using the special blue light filter on the microscope, he then resected areas of lighter pink tissue that remained after the initial resection to maximize resection of infiltrating tumor.

A message to our Emory providers: the video will be blocked if viewing inside Emory’s virtual desktop (VDT); please view the article in a browser outside of the VDT for best results.

Pathology results indicated malignancy in the tumor, which measured approximately 5 cm x 3.3 cm x 2.5 cm. Subsequent molecular testing indicated that the patient was not a good candidate for up front immune therapy.

One week after the surgery, members of the multidisciplinary brain tumor team, including neuro-oncologists, neuro-pathologists and neuro-radiologists, met to discuss the case. The specialists discussed the pathology findings and imaging scans to make a definitive diagnosis of glioblastoma. They developed a unified treatment recommendation, which included radiation therapy and chemotherapy to treat any remaining tumor cells.

The patient returned home after a three-day hospital stay. He saw Dr. Nduom for his post-op visit via a telemedicine appointment on January 5, 2021 and was in good spirits, with minimal speech hesitancy. He began radiation therapy and chemotherapy later that month.

For more information about the Emory Brain Tumor Program or to refer a patient, contact us at 404-778-5050 or visit emoryhealthcare.org/referpatient.

Emory Brain Health Center is committed to the continued health and safety of all patients. During this time, we are taking all necessary precautions to screen for coronavirus (COVID-19) and to prevent its potential spread. We continue to monitor the evolving COVID-19 pandemic and are working with experts throughout Emory Healthcare to Keep your patients safe. For the most up-to-date information for our referring partners, click here.