Six-and-a-half years ago, during an annual visit to his family physician, a previously healthy 62-year-old man was found to have a jump in his PSA, rising from three the previous year to seven. A firm prostate nodule was detected during an exam, and the physician then referred the man to a local urologist.

A systematic prostate biopsy found relatively aggressive cancer in eight of the standard 12 cores sampled. After being presented with several treatment options, the patient sought a second opinion which provided some contradictory information and options. He then asked for a referral to the prostate cancer team at Winship Cancer Institute of Emory University. While at Winship, he underwent a thorough evaluation, including a physical examination and review of records and pathology slides from his local urologist.

Following Winship at Emory protocol, he also received a MRI to determine if cancer had spread beyond the prostate and a bone scan to determine if it had gone, as aggressive prostate cancers often do, specifically to the bones. The bone scan was negative, but the MRI showed several lymph nodes highly suggestive of cancer in the pelvis region. 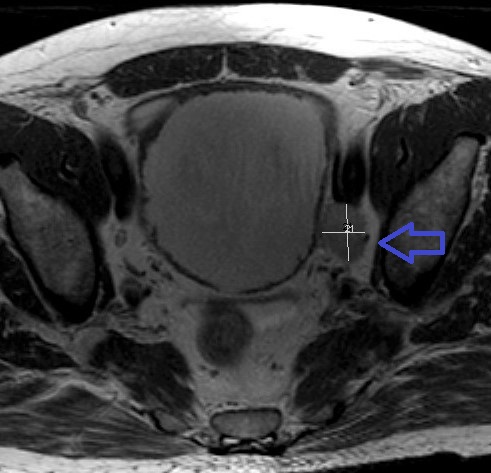 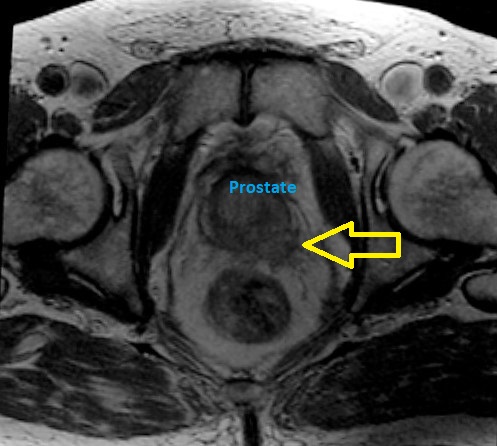 With all this information in hand, the patient met with a team of physicians from Winship’s multidisciplinary prostate cancer program, including a urologist, radiation oncologist and urologic surgeon. Taking into account both the aggressive nature of his cancer, already spread to the lymph nodes, and his relatively young age and excellent health, the team presented several possible treatment options. He chose the one most recommended: surgery first, followed by radiation, then hormone therapy and dietary control.

Surgery took place seven weeks after he entered Winship at Emory Saint Joseph’s Hospital. Robotic prostatectomy was performed with extended pelvic lymph node dissection and the removal of gross bulky left-sided nodes. The cancer had spread outside of the prostate, and three nodes were large and positive. He was discharged the day after surgery. His catheter and drain were removed one week later.

He was then seen for a three-month evaluation and scheduled to have adjuvant radiation and androgen deprivation treatment (ADT) three months later (six months post-operative). The patient continued on ADT for a total of two years and then stopped.

PSA was checked every three months and undetectable for almost five years from treatment. The PSA started to climb at 5.5 years, but imaging (MRI and PET scan) did not show significant disease.

The patient was then started on an oral anti-androgen (bicalutamide) with a significant decrease in his PSA, which has remained so even recently. Over eight years ago, he was treated for locally advanced metastatic prostate cancer. Now, he has a controlled and stable disease.

He continues with dietary control, lycopene supplements and a single pill of biclutamide.

First of all, given the relatively modest PSA velocity, it is quite striking that this man’s primary care physician conducted a digital examination and detected a palpable nodule instead of waiting three to six months to repeat the test. His foresight enabled the patient to enter treatment earlier and doubtless with better results.

Second, this case illustrates the value of a patient-centric, multidisciplinary approach. At Winship, most of our newly diagnosed prostate cancer patients see both radiation oncologists and surgical oncologists, with access to medical oncologists for more advanced or aggressive cancers.

And finally, we note how dramatically the standard of care for patients whose cancer has spread has changed, in large part thanks to better imaging. Today, as with all biopsies done at Winship, MRI imaging can be used to guide where in the prostate biopsy samples should be taken or if they should be taken. Enlargement of the prostate and subsequent rise in PSA can be due to normal aging. MRIs enable us to distinguish whether rising PSA is caused by urinary systems or by cancer. That’s particularly helpful for older, less healthy patients. For example, suppose the patient described above was in his 80s, instead of his 60s, and had other health problems instead of being physically fit. In that case, we could have done an MRI, avoiding a biopsy altogether. And, as this case shows, MRI imaging can determine if cancer has spread, thus shaping the appropriate treatment.

When it comes to choosing a treatment for prostate cancer, each patient’s situation is unique. Because it is so important to make an informed decision, our health care team serves as a resource to educate patients on their options and align treatment with their goals.

Hormone therapy/androgen deprivation therapy may be used in addition to radiation for more aggressive cancers and if surgery and radiation are not options. Chemotherapy is sometimes considered if prostate cancer has spread outside the prostate gland.

As Georgia’s National Cancer Institute-Designated Comprehensive Cancer Center, we have the subspecialized, multidisciplinary teams to improve cancer care with an individualized treatment plan to meet each patient’s specific needs.

To refer a patient to any one of our Winship Cancer Institute locations, call our Referral and Appointment Center at 1-888-WINSHIP or 404-778-1900.

Winship Cancer Institute of Emory University is committed to the continued health and safety of all patients. During this time, we are taking all necessary precautions to screen for COVID-19 and to prevent its potential spread. We continue to monitor the evolving COVID-19 situation and are working with experts throughout Emory Healthcare to keep your patients safe. For the most up-to-date information for our referring partners, click here.